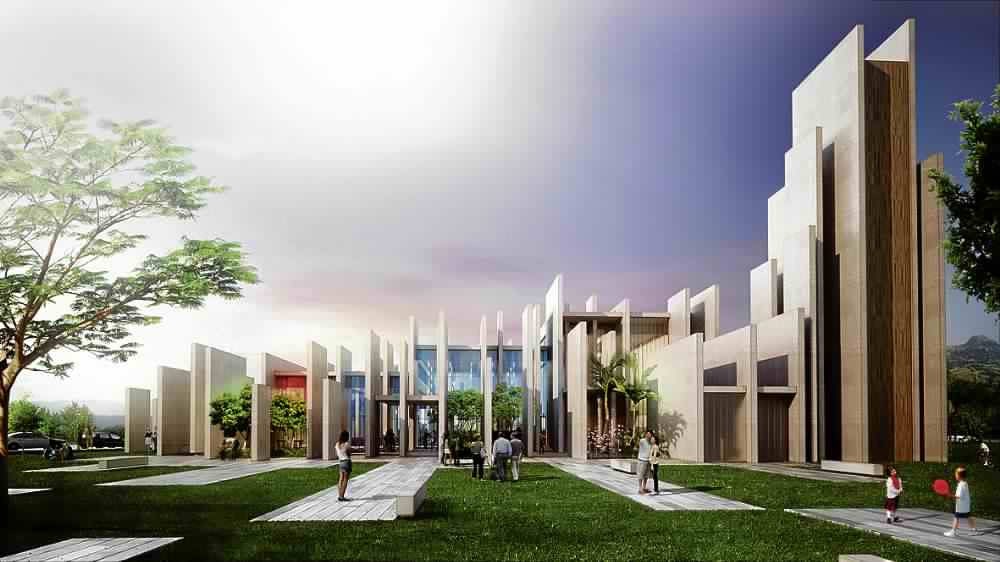 A Filipino-American architect Carlos Arnaiz based in New York was commissioned to design the SM Seaside City Cebu Shrine of Mary, Mother of God, which will be the first building that will rise on SM Prime Holdings’ 30-hectare lot at the SRP.

The church will be the first building that SM Seaside City Cebu SRP will finish. Their plan is to finish the church in the second half of this year so that by December, it can already be used.
Archdiocesan media liaison officer Msgr. Achilles Dakay confirmed that Archbishop Jose Palma agreed to the construction of the church and that the archdiocese will support SM’s undertaking.

It is the first time that a private entity is financing the construction of a church in Cebu.

The interior layout of the church is quite interesting because it has two sides to it. From one angle, it’s very open and from the other, it’s very closed. We want to create a church that, from the closed side, appears mysterious, a kind of monument that makes you curious about it and makes you want to discover what is there. But from another side, it’s actually very welcoming.